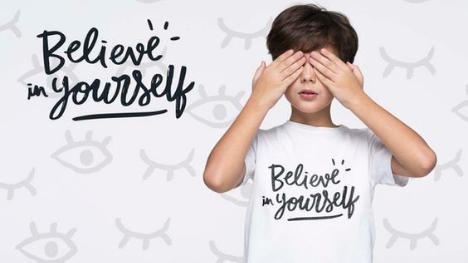 There’s a very famous story that most of us must have heard sometime while growing up which relates to BELIEVE IN YOURSELF.

It’s about a race between a rabbit and a tortoise, wherein at first, it is pretty obvious that the rabbit shall win the race because of his fast speed as compared to the tortoise. But in the end, we come to know that the tortoise wins because somewhere in the middle of the race the rabbit slept for a while during which the tortoise reached the finish point and accomplished what seemed almost impossible. While reading the start of the story some of us might be thinking, how come the writer of the story couldn’t find any better competitor for the rabbit than the tortoise? And why did even the tortoise considered this race in the first place?

Well, this sharp contrast was portrayed in front of us to make us realize the power of BELIEVING IN OURSELVES. If the race had happened between two animals that were compatible with each other, then the message wouldn’t be as clear as is now. The tortoise never felt like a weak opponent because its inner voice said to believe in yourself. He just did what he was told to do. He had this belief in himself that no matter what the circumstances, he had to give his best in order to win. It was the rabbit and the readers of the story that underestimated this willpower of the tortoise which lead to thinking that nothing can make the rabbit lose. The rabbit dozed off thinking that the tortoise might never come ahead of him, and this was the silver lining for the tortoise that led him to the finish line.

The important thing here is for us to take a huge amount of inspiration from such a simply stated story to understand that there’s nothing in this world that you can’t achieve. The only condition is that you must believe that no matter what, you make all the good things happen for you and you are just one step away from a totally different life. A life most people wish to have. Many people out there just randomly advise you to believe in yourself and never lose hope but have you ever sat in peace and thought about it for a while?

Given a moment of introspection, you will notice that believing in yourself is one of the most underrated and difficult tasks for many of us. We often make friends and build several relations in our families where it is expected that there are mutual trust and understanding between everyone. We make our best efforts to try and believe in what others are doing for us that help in growing and moving ahead with life. But we often forget that before anyone else you should BELIEVE IN YOURSELF first. Before trying to understand anyone new, you should first be well acquainted with yourself.

In our fast-paced and competitive world, we are so focused on moving forward and being a part of the rat race that we have stopped taking out some time for ourselves to introspect and renew that self-belief quotient within us. Here are a few practices that will ensure that you never stop believing in yourself and your faith in yourself is restored again:

Let’s quickly have a look at these points in short:

STOP COMPARING YOURSELF TO OTHERS:

A big reason why many of us fail to recognize the potential that’s hidden inside of us is that we always compare ourselves to other people. We try to imitate what others have and we don’t and during that process, we forget our own identity. Start working on yourself, to better yourself. You should compare yourself to your past self and only focus on how you have moved forward to be a better person than you were before. Working upon your progress without comparing it with others will make sure that your self- belief never goes down.

LOOK OUT FOR POSITIVE ASPECTS IN A BAD SITUATION: 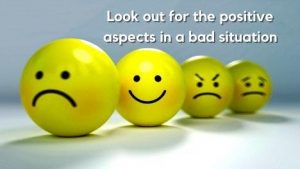 Whenever you find yourself in any unfavorable circumstances then instead of bringing down your morale, think of what this situation will teach you and how you will come out of it stronger than before. Any negative situation in life always teaches you some lessons which you often overlook while focusing merely on its negative side. It is going to be difficult to get hold of yourself in the beginning, but ultimately you’ll learn to be more optimistic than others and will be able to control the surroundings around you. All the negativity around will no longer affect you because your self-belief will handle it all.

START TOWARDS YOUR GOALS BY TAKING BABY STEPS:

You often set very big and difficult goals for yourself without properly planning and analyzing it. In the long run, these goals tend to be unrealistic and unapproachable because they are not set as per your capabilities. This will bring down your confidence and you will not believe in yourself for achieving your goals. To avoid such situations, always start by taking small steps toward your goals. This will make it easy for you to approach them at a beginner’s level and as and when you move forward your working capabilities will automatically increase with an increase in your belief in yourself.

LEARN FROM PAST MISTAKES: 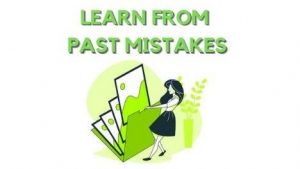 Instead of always regretting your past mistakes, learn from them, and inculcate those lessons in your life. Always blaming yourself for your mistakes will hinder your self-belief and will make you question everything that you do. Think of all the positive things that you could learn from your past and concentrate to make your present and future better. Never let regrets come in the way of your self-belief.

BE YOUR OWN CRITIQUE:

Whatever task you do, make it a habit to analyze it from different aspects. Look out for loopholes in your work and try to mend those by working towards it. You can’t always praise yourself and expect the same from others. Be prepared for any critical comments too and positively accept the changes. Self-praising can develop a habit of overlooking your mistakes which is not very healthy in the long run. By having a healthy amount of critical view of yourself, you can strengthen your self-belief and refrain from anyone else’s critical opinions. 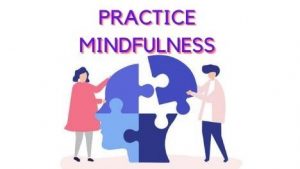 Make it a habit to give some time to meditation and exercise. This will free your mind from all those unwanted thoughts and negativity and will help increase your mental peace. It will ensure a positive attitude. The more time you spend alone with yourself the more you will start believing in yourself.

CUT OUT THE NEGATIVITY FROM YOUR SURROUNDING:

Your surroundings matter a lot when it comes to being positive and having self-belief. Get rid of anyone and anything that does nothing but spreads negativity when you are with them. Such negative people will make you question your principles and whether you are correct about them or not. Have a good company filled with positivity and such people will bring out the best in you, and make you believe in yourself more and more.

The most important practice of all the above is this one. No matter what life throws at you never lose hope. Never settle into believing that you are not capable of achieving great things. It may take some time, your goals might take a longer road to reach but ultimately you will reach there. Believe in yourself because that’s the most important step towards success.

These very basic practices can be of great help if practiced regularly by making them a part of your routine. Believing in yourself is no rocket science. If you have a better hold of your thoughts and have a firm belief in yourself then you can make great positive changes in people around you. You are like a positive magnet that attracts all other positivity from the surrounding. Having faith that, whatever you do will be your best effort and will lead you towards your goals will change your perspective towards working for your targets.

If you want to work on “believe in yourself”, don’t hesitate to talk to our expert coach.

Discuss with a Coach

Bored in life? | Benefit of Boredom | 12 things to do when bored

How to stop negative thinking